YOU DREAM…Unique Italy will make your dreams come true! 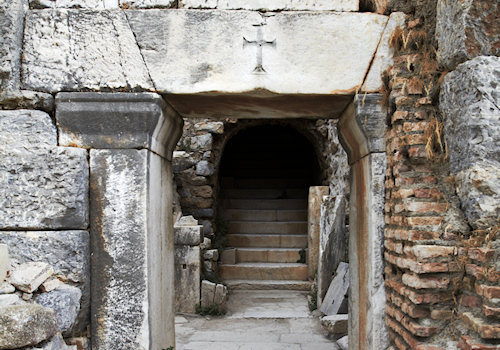 ANCIENT ROME TOUR, half day
Meet your guide to begin your tour of ancient Rome:? the Colosseum (possibility of entering the lowest level of the Forum where the lions and gladiators prepared to fight ?..only recently been opened!), the Pantheon, and the Forum.

BICYCLE ON THE APPIAN WAY!
Your guide will drive you out to the Via Appia where you will rent bikes and travel down the most famous of Ancient Rome?s roads.? In fact, the Via Appia may be most famous for its role in the slave revolt lead by Spartacus in 73 B.C. After the Roman army subdued the insurrection they crucified more than 6000 slaves and lined the Appian Way for 130 miles with their bodies. Also, It is said to be the road in which Peter had his vision from Christ and headed back to the city of Rome to be persecuted. Your guide will explain the history of the various patrician families whose tombs line the road along with the remains of the aqueduct Claudius that is visible from the road.

CATACOMBS OF SAINT PRISCILLA
The Catacomb of Priscilla on is situated in what was a quarry in Roman times?.a quarry that was used for Christian burials from the late second century through the fourth century. ?They contain a number of wall paintings of saints and early Christian symbols and some particularly notable second century frescoes of Old and New Testament scenes.? Because seven early popes and many martyrs were buried in the cemetery, it was known as the "Queen of the Catacombs" in antiquity.

For all Rome tours, the meeting place is: Largo della Salara Vecchia entrance to the Roman Forum.

Make a Payment Get Started Today